Amid the protest and boycott call for the movie Pathaan, PM Modi remarked that party workers should avoid giving unnecessary comments on films. 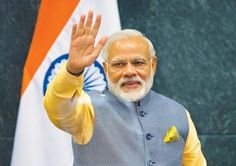 Amid the protest and boycott call for the movie Pathaan, PM Modi remarked that party workers should avoid giving unnecessary comments on films.

Boycott culture is one of the cultures that has found its own space on social media. As many people are influenced by the party workers who make unnecessary comments on films, a prominent person needs to expound on the issue.

On Wednesday, the film bodies appreciated PM Modi’s advice to the political workers on their unnecessary remarks. Political workers should avoid making certain remarks about films and personalities. These remarks are making more headlines and causing chaos on social media.

“No one should make an unnecessary comment that would overshadow the hard work we do,” Narendra Modi exclaimed in the BJP national executive meeting that was held in New Delhi, Delhi.

The officer bearer that attended the meeting stated that PM Modi “cautioned” the particular party workers to refrain from doing such work that would harm the hard work of others and attract headlines from it.

According to filmmaker Ashoke Pandit, president of the Indian Film and Television Directors Association, the speech given by PM Modi was very motivational and boosted the confidence of the film bodies.

The boycott call against Shahrukh Khan’s “Pathan” grabbed much attention and headlines. PM Modi “cautioned” those making a fuss about the issue. Thus, the speech provided confidence and motivation to the film bodies amid the increase in boycott calls and protests.