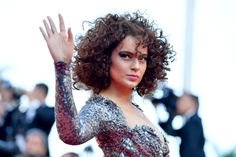 In May 2021, Kangana’s account got banned due to some of her tweets that were linked to the violence in Bengal following the election. It caused a lot of controversies and became the reason for her ban.

Kangana Ranaut violated Twitter policy, mainly through “hateful conduct and abusive behavior” with her tweets. Thus, on Twitter, Kangana often shared offensive and unfiltered messages, many of which served as aggressive calls to action.

The actor tweeted behind-the-scenes footage of her next movie, “Emergency,” which is based on former Prime Minister Indira Gandhi, after regaining account access.

Not only Kangana, In November of last year, Twitter also reactivated the infamous account of former US President Donald Trump. Early in 2021, the Twitter platform disabled his account because he participated in a coup attempt against the US Capitol by his followers.