HomeWorldTurkey gets its new name Turkiye

Turkey gets its new name Turkiye 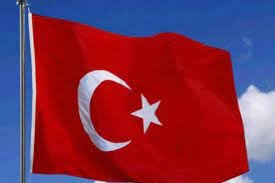 Turkey will now be called as Turkiye which is the new name of the country.

The government wants to make Turkey a brand name in the world. This is because the word Turkey or Turkish is considered negative according to the language there. For this reason, the citizens here have been calling it ‘Turkiye’ since the declaration of Turkey’s independence in 1923.

Erdoan had long been trying to get “Turkiye” (pronounced: tur-kee-yay) recognized at the international level. After the recognition of the UN, this effort has now turned into success.

Holland’s new name is Netherland, Burma is Myanmar, Silon is Sri Lanka now. These are a few countries which changed its name as well.